Investigative journalist Paul Beban knows what it takes to expose the world’s deepest and darkest secrets. Using declassified government files, a global network of inside sources and daring determination, he has uncovered pirate activity on the volatile coast of Somalia and earned recognition for his undercover operation exposing a violent human trafficking ring in South Africa. Beban stops at nothing to brings stories to light that have been hiding in the dark. Now, he’s taking his skills to investigate some of the world’s greatest paranormal mysteries. Buried deep in declassified government files are shocking leads and hidden truths about the paranormal. Using these clues as a guide, Beban steps into the unknown to find answers to enduring mysteries such as aliens, Bigfoot, a zombie apocalypse, superhuman soldiers, Skinwalkers and more. [Hour-long episodes]

Myths of sea monsters have tormented mankind for centuries. From massive sea serpents to underwater dragons and gigantic killer whales, legends of creatures appear in stories of every sea-faring culture in the world. Investigative journalist Paul Beban wants to know once and for all – is there truth to these legends? After exposing a U.S. Navy encounter with an unclassified creature in a Caribbean Sea trench, Beban tracks a similar one, nicknamed  “Champ,” said to be hiding in the dark depths of Vermont’s Lake Champlain. With over 300 verified sightings of the mysterious creature, Beban decides to hunt for evidence of his own. He assembles a team of expert divers and advanced sonar operators to investigate three areas in Lake Champlain where frequent sightings have occurred. After getting an anomalous hit on the side-scan sonar, Beban takes a dangerous plunge into the icy waters of Lake Champlain, where he finds a shipwreck – a possible feeding ground for Champ. But mysterious audio captured beneath the surface leaves the team more shocked than ever.

In the series premiere of “Paranormal Declassified,” host Paul Beban gets ready to explore

the waters of Lake Champlain during his investigation of sea monsters

Paul Beban investigates evil shapeshifters from Navajo folklore known as Skinwalkers. Beban tracks the mythical beasts from the heart of the Navajo Nation, to the infamous Skinwalker Ranch in Utah, to Wisconsin, where he captures something unexplainable.

The “Expedition Bigfoot” team – Bryce Johnson, Dr. Mireya Mayor, Russell Acord and Ronny LeBlanc –  re-examine their findings from last year’s expedition in Oregon, and reveal stunning new evidence. Plus, the new Bigfoot target zone is revealed along with never-before-seen footage of the remarkable next chapter of their journey.

MOUNTAIN MONSTERS: A TRIBUTE TO TRAPPER

The remaining members of the AIMS team gather round a campfire to celebrate the life of team leader and founder John “Trapper” Tice, who recently passed away. They relive and remember their favorite moments together, as they tell stories and watch their favorite clips of Trapper, while providing an all-new perspective to the classic Trapper moments. It is an emotional night where tears are shed, respect is paid and laughs echo throughout the Appalachian night sky as the team remember and pay tribute to their dear friend.

Professional paranormal investigators Amy Bruni, Adam Berry and psychic medium Chip Coffey are facing hauntings unlike anything they’ve seen yet in the new season of “Kindred Spirits.” Bruni, Berry and Coffey dig deep into the past to identify the restless spirits haunting America’s oldest inns, homes and estates. Utilizing a range of tools and techniques, their multilayered investigations tackle frightening tales of possession, aggressive entities and more. Together, the team elicit shocking evidence and connections with the other side that lead them closer to the truth, as they search for answers behind each haunted tale. [Hour-long episodes]

Amy Bruni, Adam Berry and psychic medium Chip Coffey travel to Salem, Massachusetts, to investigate the home of John Proctor – one of the men executed during the infamous witch trials. It’s not the team’s first time at this renowned location, having visited once before during a special Travel Channel event that was broadcast live. During the event, they opened a gateway to the dead using powerful magic, which allowed them to communicate with spirits from the 1692 Salem Witch Trials. Now, the team returns to Salem to launch a full-fledged investigation and learn more about the gateway they previously opened … and who came out of it.

Salem, Massachusetts, in the season premiere of “Kindred Spirits”

The “Expedition Bigfoot” team – Bryce Johnson, Dr. Mireya Mayor, Russell Acord and Ronny LeBlanc – have reassembled to respond to the uptick in Bigfoot sightings just this year. Using an advanced data algorithm, they are honing in on a massive swath of forest in southeast Kentucky, where the mathematical odds of a Bigfoot encounter are greatly increased. This year, their analysis has uncovered something new – possible Bigfoot migratory patterns that may reveal precisely where the legendary beasts will be and when they will be there. Using the latest in advanced technologies, evidence of Bigfoot begins to pile up – including vocalizations, unexplained structures, DNA samples and massive footprints that no man could have left behind. [Hour-long episodes]

After coming closer than ever to proving the existence of Bigfoot, the team continue their expedition in the hollers of southeast Kentucky. Using an advanced algorithm and state-of-the-art technology to find the creature as it migrates through the Appalachian mountains, Bryce Johnson, Dr. Mireya Mayor, Ronny Le Blanc and Russell Acord endeavor, over the next two and a half weeks, to uncover evidence of the legendary cryptid. But when the team become separated in the dead of night, they realize the 8-foot-tall truth might be staring them in the face.

Is Elvis still alive? Has extraterrestrial life really visited Earth? Is it possible that some people see religious statues move or bear the crucifixion wounds of Jesus? Experts and eyewitnesses explore some of the most extraordinary happenings in recent history that science can’t explain. [Hour-long episodes]

Experts investigate reports of moving Virgin Mary statues in Ireland and question whether the stigmata phenomenon is a miracle or hoax.

Some of the most amazing, eye-opening and downright scary paranormal videos from around the world are featured as a panel of experts break down the footage and analyze what exactly the eyewitnesses captured. Insights from some of the most knowledgeable specialists in the field and firsthand accounts from the people lucky enough – or perhaps unlucky enough – to witness these strange phenomena for themselves just might make a believer of even the biggest skeptics out there. [Hour-long episodes]

Two friends emerge unharmed after a car plows into a restaurant. Skydivers miraculously survive after their planes collide. A Utah man stares death in the face as he’s stalked by an angry cougar. All that and more will have you screaming, “OMG!”

In each episode of “Ghost Adventures,” Zak Bagans and Aaron Goodwin, along with A/V techs Billy Tolley and Jay Wasley, travel to a different haunted destination where they meet with locals, eyewitnesses and experts in an attempt to piece together the haunted history of each site. They then begin their “lockdown” investigation, using the latest scientific gadgets and technology in an effort to obtain physical evidence of the paranormal and uncover the truth behind each haunted mystery. [Hour-long episodes]

The “Ghost Adventures” crew discover that ghosts and sinister hauntings are no laughing matter at the iconic The Comedy Store in West Hollywood, California. Long before the club welcomed top comedians to its stage, it was a mob hangout called Ciro’s. Gangster Mickey Cohen conducted sinister business here, including illegal gambling, bootlegging and prostitution. That history has led to a dark haunting that sticks around despite the laughs.  Actor and comedian Jay Mohr, along with club employees, share their own haunting experiences. Actor and insult comic Jeff Ross surprises Zak Bagans with a roast on stage, before joining the crew on a paranormal investigation.

MOST TERRIFYING WITH JASON HAWES

Jason Hawes unearths America’s scariest haunts including an island stalked by the spirit of a notorious pirate, a restaurant quaking with ghostly activity and an orphanage where a monstrous headmistress tortures innocent souls from beyond the grave.

Jason Hawes discovers a massive 19th-century prison hiding a terrifying secret within its walls, a British museum haunted by a mysterious sealed door and a historic village where restless residents from centuries past roam.

From a ghostly pirate hideout to the spookiest castle in England, Jason Hawes reveals his top 10 haunted locations. 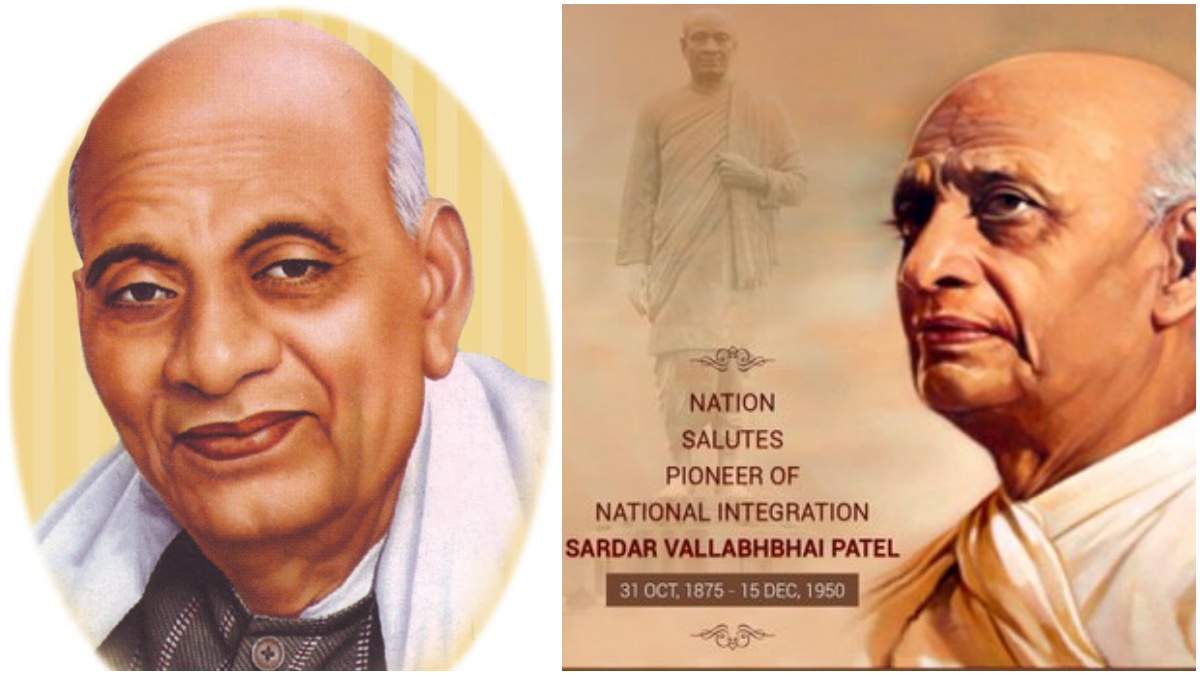