After watching veterinarian Jan Pol on his Nat Geo wild reality show, ‘The Incredible Dr. Pol,’ Ray Harp got the chance to work along side Dr. Pol at his clinic in Isabella County’s Nottawa Township.

Harp began working at the West Jordan Road Clinic on July 1 and has been treating large and small animals.

Previously, Harp chose to attend veterinary school after watching Pol’s show with his wife Chloe. Harp earned a bachelor of science degree in biology from Kansas State University and later earned his doctorate in veterinary medicine.

Harp has managed a dog daycare in Philadelphia and worked at an animal hospital in Kansas City. He had considered moving to California but instead moved to Michigan with his family after he saw the Pol’s clinic was hiring.

Filming is underway for the next season, and Harp is ready.

Deputies from the Isabella County Sheriff’s Office attempted to apprehend a man with several arrest warrants and an extensive criminal past.

The man was 25-year-old Kyle Robert Kalis who has been previously caught driving without a valid license among other traffic tickets and attempting to steal from a garage and someone’s home among other infractions.

Deputy Tyler Bradley received a tip that Kalis was at Huggy Bear’s General Store and attempted to arrest him which led to Kalis crashing into his car and fleeing east on Pickard. This led to a multiple-car chase through Chippewa Township.

The chase continued throughout the township where other officers joined the pursuit. He then turned into a field when he got to a quarter-mile of Baseline Road where jumped out of the car and continued to flee on foot after two deputies followed him.

The officers requested he surrender, which Kalis ignored, and were able to capture and arrest him.

He was also placed on notice that his sentence could be enhanced, a 20-year/$30,000 felony for a previous marijuana conviction.

A farm house on Dice Road north of Merrill was featured on the Travel Channel show, “Hauntings in the Heartland” in February 2020 due mysterious and explained activity taking place in 1974.

The show was hosted by paranormal investigator and documentary filmmaker Steve Shippy, a Saginaw native.

The house was previously owned by the Pomeraning family and the strange events that occurred at the home were investigated by the Saginaw County Sheriff’s Department and Michigan State Police.

Some of the incidents that occurred includes hearing noises, voices and pounding on the door when no one was there, a roll of toilet paper burning in the bathroom and unexplained explosions among other strange occurrences.

Besides police investigations, university researchers, priests, a K-9 unit and a paranormal expert from Sweden helped assist the investigation. However, in 1975 the investigation was closed after a spontaneous fire forced the Pomeranings to move from the home.

Long-time teaching and coach at Shepherd Schools, Ross Austin died at the age of 51 in April.

Austin taught math at Shepherd High Schools for the past 20 years and was an assistant football and track and field coach.

A tribute from Austin’s colleagues and students was posted on Facebook.

Some faculty members and students spoke on his impact on kids by opening the weight room in the morning and evening during the summer and working continuously with the students and faculty for the Shepherd athletic program.

Funeral arrangements were made through the Berry Funeral Home in Shepherd.

Gary Litwiller decided to build a THOW, or a Tiny House on Wheels, in order to be closer to his auto body shop in Pine River Township.

Litwiller previously commuted from Midland to his auto body shop, making for a daily 90-minute round trip for the past three years.

He got the ideas for his tiny house though the TV show “Tiny House Nation” as well as different books and YouTube videos.

The cost of the build and furnishing home is about $40,000 and Litwiller did a lot of the work on the home himself while some friends who were an electrician and a roofer provided aid where it was needed.

The home is built on a custom made 25-foot gooseneck trailer and is 32-feet long, eight-and-a-half feet wide and constructed with two-by-four studs and blown-in insulation. The 13.5-foot pitched ceiling is built with knotty pine wood with recessed LED lights.

It is furnished with a couple of swivel recliners, a table that folds down, a full-size stainless steel refrigerator, big screen TV and kitchen area with a gas stove. The bathroom features a four-foot wide shower, stacked washer-dryer unit, sink and an “incinerator” toilet, and the bedroom is located on an upper level in the front end of the house.

The house is 15,000 pounds and can be towed with Litwiller’s three-quarter ton pick up though he doesn’t plan to haul it often but does have a place behind his shop to park it.

The checklist of Milton Keynes outlets and companies which we misplaced in 2020 - MKFM 106.3FM

Sat Jan 2 , 2021
Coronavirus has strike Milton Keynes tough in a number of ways. Just just one of them is the number of shops and businesses which have been dropped because of to the economic affect. &#13 &#13 With a deep recession, is it inescapable that equally community and national companies will undergo and […] 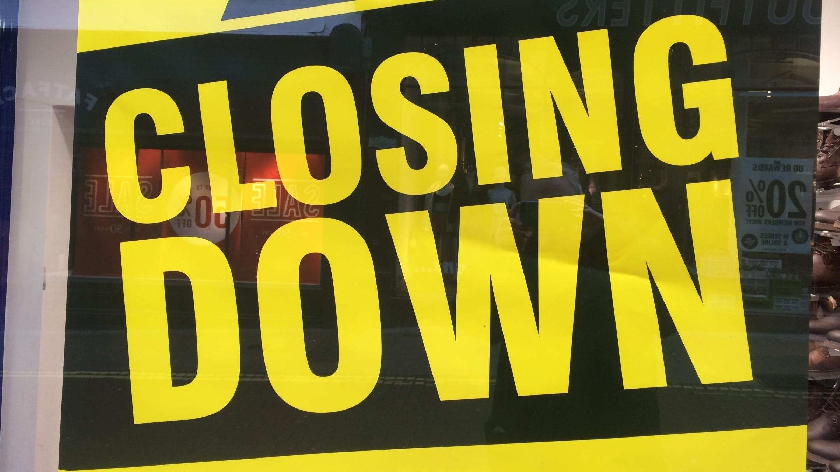