A historic blizzard, a global pandemic, a slew of characters with a way with words: there was no lack of colourful quotes from Newfoundlanders and Labradorians in 2020.

One way to look back at the year is to sift through notable quotes. The journalists at CBC Newfoundland and Labrador conducted thousands of interviews this year, and covered hundreds of stories.

Here are some of the quotes that made the year what it was.

“Hold fast, Newfoundland and Labrador.” — Dr. Janice Fitzgerald, the province’s chief medical officer of health, in a remark she made at dozens of COVID-19 briefings this year at Confederation Building.

“People are clever. People are concerned about their health. People will do the right things if they have the right information.” — Dr. Bruce Aylward, the St. John’s-raised physician who has played a major role in the global response to COVID-19 through the World Health Organization.

“People are emotional … people are upset and they’re going to be hugging and kissing and consoling each other. Even if you know you’re not supposed to do it, next thing you know, you’re doing it.” — John Anderson, manager of Caul’s Funeral Home in St. John’s, the site in March of one of the first clusters of COVID-19 in the country.

“Don’t take your children with you unless there is really no alternative, and please don’t let them lick the handles on the shopping cart.” — Health Minister John Haggie, whose quick wit during COVID-19 briefings inspired memes, T-shirts and even embroidery. Haggie made the comment during the early days of the pandemic, when officials urged families to restrict supermarkets to one person per week.

“In 1775, the American revolutionary Patrick Henry declared ‘Give me liberty, or give me death.’ In this case, if the Applicants’ remedy is granted, it will result in both.” — Lawyers for the Newfoundland and Labrador government, in a written argument for the Supreme Court, defending a controversial “travel ban” that prohibited easy travel to the province.

“I put my life into this. And now with the COVID, I’m behind an 8-ball.” — Rocky Licari, the owner of Ocean Breeze Pub in Salvage, looking at a running a tourism business with no tourists.

“I miss her love … I miss her friendship. I miss her completely.” — Doug Taylor on his wife, Debbie, who died in April after they both contracted COVID-19.

“We can’t be a one-trick pony and looking after COVID and COVID-19 alone.” — Andrew Bell, one of numerous business owners who called on Premier Dwight Ball in June to return to pre-COVID restrictions.

“I’ve always worked in your best interest.” — Dwight Ball, announcing his decision in February to step down as premier. The COVID-19 pandemic would delay his departure until August.

“I am frightened. I am worried. It keeps me up at night.” — Premier Andrew Furey, in an interview with iPolitics about the province’s financial crisis.

“It took a state of emergency, by the way, to get me on Hockey Night again.” — Bob Cole, who came out of retirement in the middle of Snowmageddon cleanup to give a storm update on Hockey Night in Canada.

“Just a sense of relief. A sense of, the end is close … all of us have personally sacrificed so much. I’ve seen friends, I’ve seen family members lose jobs and just the relief that we’re going back to normal, the sense that this is going to end.” — Dr. Jatin Morkar, the province’s second person to receive the COVID-19 vaccine, on receiving the shot.

“The sooner I go check it, the sooner I will know I’m not the winner, so I’m just going to hold on to it for a little longer.” — Nicole Parsons, who shared an $18.2-million Lotto 6/49 jackpot with her husband, on why she delayed checking her ticket.

“This is an awakening. The people are interested in listening to the black community … we are all the same. The more we come together as a human race, the better.” —  Zainab Jerrett, following a Black Lives Matter rally on the steps of Confederation Building.

“I looked, and all I saw was flames.” — Business owner Deborah Bourden, describing the shock of witnessing a fire consume Twillingate’s historic Ashbourne House.

“From what I can tell there must have been a child here, because there was a doll here and that has nothing to do with our family. That’s the disturbing part.… They had a party one night, and coffee the next morning, I’m guessing.” — Keith Russell, describing how someone ransacked his brother’s home in Happy Valley-Goose Bay while also making themself at home.

“You’d have to have a pretty active imagination to look at that and get something sexual out of it.… ‘Overtly sexual,’ as in there’s no way of mistaking it as not sexual.” — Jackson McLean, manager of Gaze Seeds, describing how Facebook had blocked an ad featuring an image of walla walla onions. (Facebook approved the ad on appeal.)

“As long as you got another day, and you open your eyes, and you can breathe, there’s always hope.” — Helen Pittman’s message for people struggling with addiction and mental health issues. Pittman’s son Tyler died by suicide in May.

“He’s a very happy and healthy baby. However, we knew there would be a mess in front of our house.” — Kyle Snow on his son, Levi, who was born at the height of January’s historic blizzard.

“When we’re at the fishing gear, they were over every day, just checking and seeing if I needed anything, wanted anything or wanted a hand with anything.… They were the finest kind of people.” — Fisherman Eric Reeves after the bodies of Edward, Scott and Jody Norman were recovered in the waters off St. Lawrence in May. The body of a fourth fisherman, Isaac Kettle, was found two weeks later.

“I thought that it was very, very, very weird.” — Seth Morgan, 7, whose painting of a Snowmaggeddon monster went viral, and became a T-shirt printed to raise money for The Gathering Place in St. John’s.

“He was a gay, polygamist redneck and he loved shooting guns. I mean, he was the perfect character.” — Shaun Majumder, describing Joe Exotic, the main focus in the series Tiger King. Majumder was surprised to see his 2016 interview for This Hour has 22 Minutes appear in the Netflix series.

“I guess we found out the real hero is the cat.” — Scott White, a homeowner whose guard dog slept as a slow cooker caught fire, while the family cat Joey did the job in getting people to wake up.

“Companies, like provinces, can turn around their economic fortunes with sensible management and with a sense of urgency, and there’s no question that trade-offs will have to be made.” — Moya Greene, speaking in September after Premier Andrew Furey picked her to lead a team of volunteers who will advise on economic recovery.

“I just didn’t think that parking something on wheels on your own land was an issue.” — Jess Puddister, on how she and her partner were so frustrated with the Town of Pouch Cove over delays in approving a tiny house that they decided to sell it after two years — without ever having lived in it.

“I just kept pushing it off. You know, saying, he’s got to be joking. He has to be joking. Because who does this?” — Judy White, describing in May how her landlord pressured her into sex in lieu of rent.

“It all happened so quickly and stuff. I just reacted.” — Parker Upshall, who saved his choking Grade 4 classmate Jacob Dyke in Torbay with the Heimlich manoeuvre.

“That’s when the real anger and sadness really set in. And I remember just sitting in my closet, just crying, because I felt like such an idiot.” — Elizabeth Halpin, upon realizing she had been taken in by a pet scam. After a CBC investigation, Brittany Osborne pleaded guilty and was sentenced to prison.

They said what?! The most memorable quotes of 2020

Sun Jan 3 , 2021
02:34   This year has been a memorable one for many reasons – both positive and negative.  The COVID-19 pandemic has dominated headlines across the world and changed the lives of many, but it hasn’t been the only thing grabbing the world’s attention.  The pandemic, coupled with topics including Brexit […] 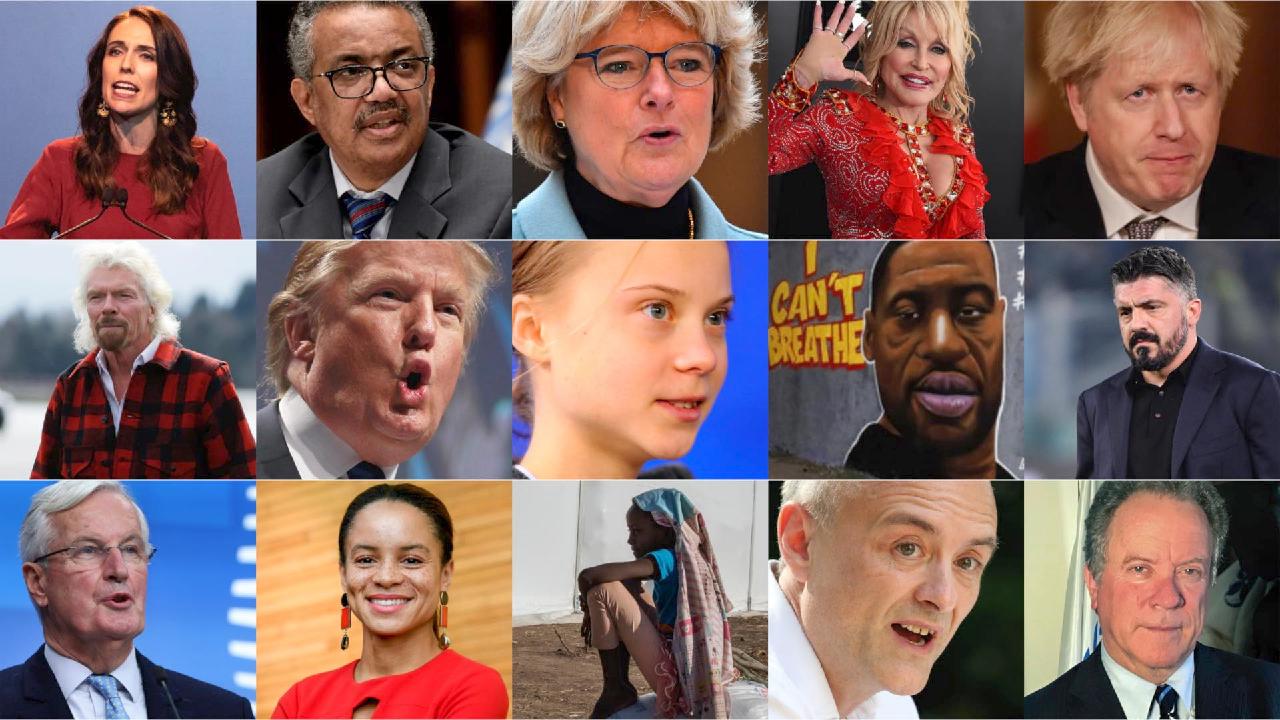